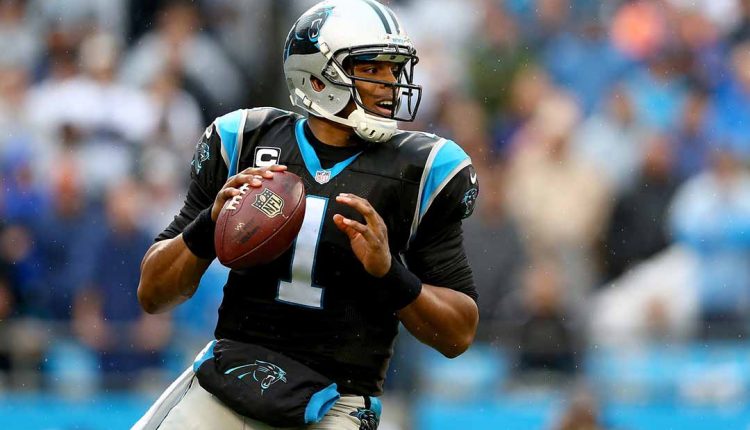 Cameron Jerrell Newton is an American professional football quarterback for the New England Patriots of the National Football League (NFL). The quarterback player was born on May 11, 1989, in Atlanta, Georgia, United States. His father, Cecil Newton Sr., was a safety for the 1983 Dallas Cowboys and 1984 Buffalo Bills.

Newton was a talented basketball and baseball player but developed conscious fear of being struck by a baseball pitch and could not escape foul trouble on the basketball court. So at the age of 14, he stopped playing baseball and quit basketball shortly into high school.

But in his senior years, he has been awarded the most prestigious award, such as the Heisman Trophy, Davey O’Brien Award, Maxwell Award, and many more. In addition, he is well-known for being the first NFL draft pick in 2011. He achieved three Pro Bowl titles by playing nine seasons with the team. Besides NFL matches, he appeared first time in an episode of the TV show The Tonight Show with Jay Leno in 2011.

Cam Newton net worth and earnings

Newton has an estimated net worth of $75 million after playing football for years professionally for NFL. He has an annual salary of $5.1 million apart from business ventures, endorsement deals, and bonuses. Moreover, he is ranked 25th on the Insider’s list of the highest-paid football player of all time. He has a lavish Condominium in Charlotte, the US. His car collection holds a vintage 1942 Oldsmobile 442 and Ferrari F12. He has made a whopping $122.5 million amount during his period in the League.

In 2015, he drew $24 million – the highest paychecks of that season, including a $15.5 million signing bonus. In addition, he has signed sponsorship deals with Under Armour, Microsoft, Gatorade, and others. Further, he has been seen in TV commercials for Beats by Dre, Foot Locker, Dannon Oikos Triple Zero yogurt, Play 60, and Belk. According to Forbes, he charges $12 million from a contract of sportswear brand Under Armour, and the deal includes a handsome profit for each set of cleats sold.