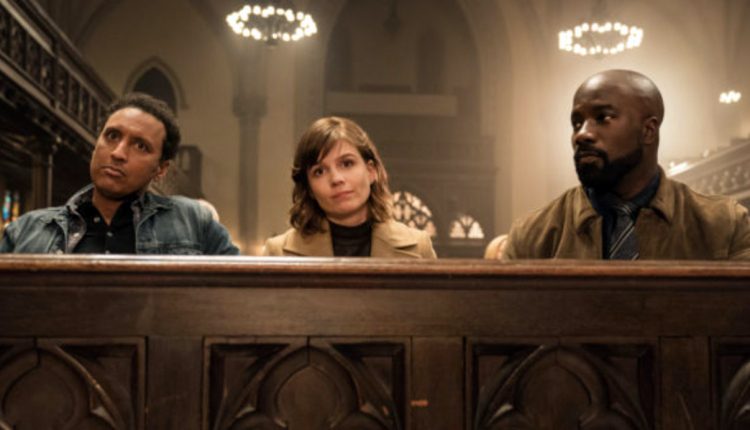 CBS is releasing a trailer for the second season of “Evil” during Saturday’s New York Comic-Con panel.

The executive producers Robert and Michelle King are creating a three-minute trailer during the coronavirus-forced lockdown.

Thanks to production delays, the team of the show is sharing a special teaser for fans expecting the upcoming season.

Along with their homes’ comfort, emulating sound effects, and narrating scenes that will or might not be a neighborhood of the upcoming season.

The panel also featured a conversation on the season 1 finale, which hints that Kristen Bouchard (Herbers) may have murdered her stalker. Within the final moments of the episode, her friend David Acota (Colter) also features a vision of her walking toward the devil.

“David is certainly getting to take Kristen’s character during a little differently because he knows that she doesn’t believe equivalent things that he believes. Therefore, they’re always talking on different wavelengths,” said Colter on how their relationship will change.

“He respects what she brings to the table, but he does desire the items he sees are legitimate. So how does he convey this to her?

There are numerous things, but it’s getting to provides a lot of very interesting things on behalf of you to play with and that I think for the scenes to possess underneath it because we won’t necessarily be ready to mention all the things directly or ever.”

“Evil,” available to stream on Netflix and CBS All Access, maybe a psychological mystery. It unravels the origins of evil along the lines between science and religion.

It follows a skeptical psychologist who joins a priest-in training and contractor to investigate a church’s unexplained miracles, demonic possessions, and hauntings. Together, they need to unpack the logical explanation of if something truly supernatural is at work.

What Are Some Home Decor Items And Ideas Which Can Improve My Living Room?

Barbarians Trailer: Packed With Swords, Battles, And Blood On Netflix!