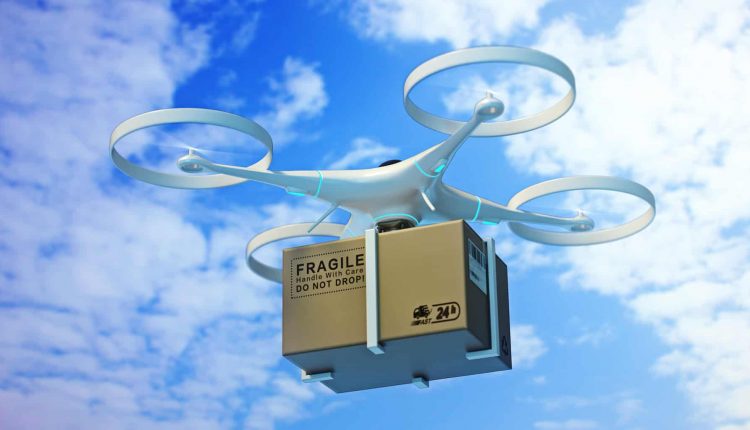 Just a couple of years back, delivery drones would be something that you probably would have expected to see in a Sci-Fi movie, not real life. Nowadays, nonetheless, it is the eventuality that we’re so clearly heading towards.

What makes delivery drones so incredible, and is there the reason why this technology is often described as budget- and eco-friendly? After all, isn’t it more efficient to transfer items in bulk the old-fashioned way? Not necessarily!

You see, the majority of delivery takes place in dense urban environments, where it’s easier for these autonomous flying vessels to navigate and get around. Also, as they grow more powerful and technologically advanced, things are shifting even further in their favor.

With that in mind and without further ado, here’s how and why future drones will deliver your packages.

In urban environments, last-mile delivery is a huge challenge for the overall logistical chain. This is because of the frequent drops in the crowded streets and the fact that each of these delays continues onto the next one. In the end, time is wasted, more fuel is consumed, and a lot more effort (than initially calculated) is spent.

Drones can solve the majority of these logistical problems for good. They are not only great for commercial deliveries but also for emergency supplies in hard-to-reach areas. In other words, when it comes to humanitarian drops, drone deliveries are a real game-changer.

Initial estimations of viable market potential and access to citizens are quite optimistic. However, before this picks up and the majority of companies/organizations switch to this model, this phenomenon would have to be heavily regulated.

Another thing you should bear in mind is the fact that while drones are currently being used for deliveries, according to freight experts, this is only the start of this trend. Sure, they may not be practical for heavy shipments or long-distance voyages, but when it comes to light time-sensitive deliveries, it’s hard to imagine a more efficient method.

Products that are up to five pounds and need to be delivered in less than an hour will, in the foreseeable future, be completely taken over by autonomous drones. This is especially important in the food delivery industry, which, on its own, generates more than $26.5 billion.

In other words, there’s an abundance of potential funding, the motivation exists, and the technology is already there. In other words, all the factors are present, and it is only a matter of time before this trend receives even greater attention.

Remember that flying drones are just one means of an automated robotic delivery system. Package delivery robots are just as impressive and convenient. Due to their smaller size, they can navigate crowded urban environments far more easily.

They are also great for delivering smaller packages immediately, instead of having to wait for the full cargo. One of the biggest challenges here is the issue of security. Namely, packages are electronically locked inside, meaning no one other than the owner can really access them.

The way the owner would unlock the contents is via their smartphone app. Via this app, they could also track the delivery, which is a significant boost to the overall customer support efforts.

On the other hand, flying drone delivery is quite similar to the consumer mode. They can be both autonomous and human-controlled. Their maneuverability is greater, as well as the security, seeing as how they can’t be accessed by anyone.

Two essential issues in the business world of 2021 are ecology and epidemiology. Fortunately, drone delivery and autonomous delivery can help make a massive difference in both of these fields.

When it comes to preserving the planet, when the size and weight of the package are right, and the distance from the headquarters is not that great, the use of drones can drastically reduce the cost of delivery. Remember that the technology used in the process also makes a world of difference.

The type of battery used and the source of electricity make all the difference when it comes to the eco-friendliness of the method. This process lasted a couple of years, but in 2020, it became clear that companies practicing this had one advantage that not many people could foresee.

Namely, when the epidemic started, companies with autonomous delivery services (especially those with drones) had a lot easier time switching to contactless delivery. Autonomous delivery is also quite handy, with many of the delivery drivers getting sick and taking a leave of absence.

In the healthcare industry, it can create a system of reliable medication deliveries. For instance, some people with depression and anxiety might have trouble getting their meds on a regular (prescribed schedule), yet it’s essential that they get it.

All the Major Players Are Doing It

The first indicator that this is an industry shift and not a prototype of an idea is that some of the biggest names in the e-commerce and delivery industry are using it. For instance, Amazon, UPS, Alibaba, Google, etc., are heavily investing in this concept. Delivery bots are convenient, money-saving, and efficient.

The only reason this isn’t even more widespread is due to the complicated legalities of autonomous deliveries and the fact that smaller companies still can’t make the initial investment. While not that great, integrating an autonomous delivery into your own business model is not inexpensive.

If anything, you would have to assign a sizable chunk of your IT team to handle this. Still, this idea itself will become more sustainable in the near future, and the entry costs are bound to reduce.

In the end, this is the industry still on the rise. The manufacturing, sales, and use of drones have skyrocketed over the past few years, and they are still growing exponentially. We’ve come from drones being high-tech devices to virtually everyone being able to find and afford one. However, we’re still a long journey away from them taking over the industry.

How to Choose a Logo Design: The Complete Guide for Businesses