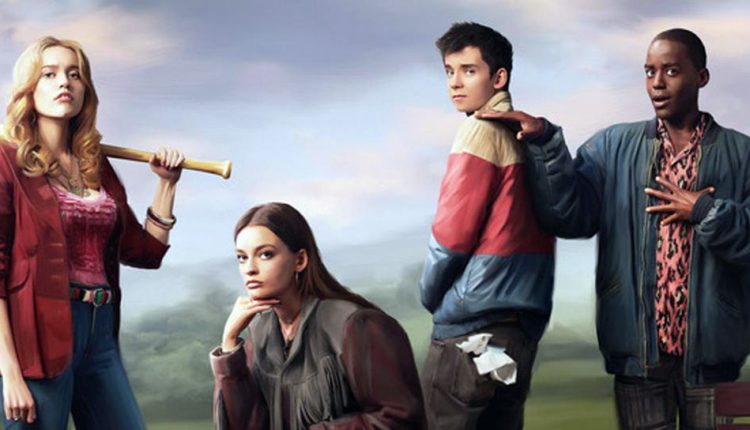 Netflix is giving a first look of the most highly anticipated season of sex education.  As all, we know that the filming started in early September in Wales, and now it will return with eight episodes in 2021. The third show of sex education has already been delayed due to the covid-19 pandemic.

The first look of the show takes us on the set in Wales where cast stars are working so hard by wearing masks even though Tanya Reynolds took the cute pictures and uploaded them on Netflix twitter with a handwritten note.

Who Will in Sex Education Season 3

Jemima will play the role of Hope, who is a former Moordale student and headmistress and has a wish to transform the school into a pillar of excellence. Furthermore, there will be another character Jason Isaacs who will play the role of Peter Groff. He is the older brother of Headmaster Groff.  At the end of the previous season.

What Will Happen in Season 3?

We saw that Otis realized that he is in love with Maeve. So he left the voicemail with his declaration of love and asked her to call him back. But before hearing the voicemail, Issac, who has also feeling for Maeve, deletes the mail.

No doubt everyone waits for Sex Education 3 return on screen. So hopefully, we will get the season very soon in 2021. Stay Tuned with us for further details.

How should I treat Staph Infection in Dogs?

How Technology is Helping Blind People