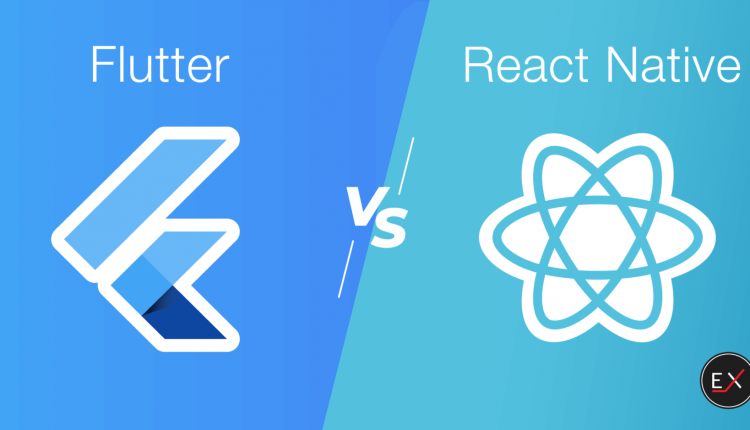 Are you thinking about developing a mobile application but have no idea which programming language to choose from?

Well, there are many programming languages available out there; everyone had their own advantages and drawbacks. Speaking of programming languages, flutter and react-native are the giants. Choosing between these two technologies confuses companies since both have some amazing qualities.

So let’s see: flutter vs react native which is easy to learn, and which takes home the medal?

React native was initiated by Facebook in 2015, and Flutter was introduced by Google. These programming languages help mobile app developers to build cross-platform applications rather quickly. React Native and Flutter both have really noticeable communities. Let’s see how they differ from each other in terms of programming, technical architect, installation, and developer productivity.

React uses javascript and flutter use, Dart, to develop cross-platform applications. Javascript in particular is a pretty popular language, easy to learn and code with an extensive library for building intuitive UIs. Besides Javascript is one of the most commonly used programming languages, according to Stack overflow.

Because of its wide popularity, companies can find React developers with ease. On the other hand, the dart was built by Google in 2011. When compared with Javascript, it is less popular and is rarely preferred by developers. Since it supports object-oriented concepts or OOP, javascript developers can easily learn and understand them.

If we talk about React Vs. Flutter Vs. Ionic – introduced in 2013, it is an open-source SDK, and cross-platform development is easier with Ionic. However ionic can be used for app wrapping whereas reacting and flutter can be used if you are looking for performance and efficiency.

React Native uses the Flux architecture from Facebook and relies on a Javascript bridge to communicate with the native modules. Whereas Flutters uses the framework from Dart including skin, Material Design, Cupertino, etc. Flutter has all the prerequisites for app development and doesn’t always need a bridge to communicate with the native components. React Native, however, needs a bridge consequently leading to poor performance.

Speaking of developer productivity, as mentioned above, developers with enough javascript knowledge can easily find their way around react native for cross-platform application development. React native’s live reload feature helps during the UI testing stage as it is quick. Whereas, developers need to learn newer concepts as the complexity of flutter app development grows. Plus, the dart is not a popular and common language therefore it lacks IDE support and text editors.

According to Google Analytics, React Native was far behind Xamarin in the most popular choices till 2017 and after 2017 React native started to gain attention and popularity and now holds a top rank in the list of the cross-app development framework.

Finally, we have a winner and i.e. React Native. Now, let’s see why?

React Native and Flutter both have their advantages and disadvantages, but react native is the winner. Some of the popular applications such as Facebook, Airbnb, Skype, Instagram, Walmart, Pinterest are developed using react native whereas applications like Google ads and eBay motors are built on flutter. Some choose to react-native whereas some go with flutter. That’s why there is no one winner.

Six Reasons You Should Invest in BFIC Network

How Helps You Lose Weight?

How to Choose a Logo Design: The Complete Guide for Businesses