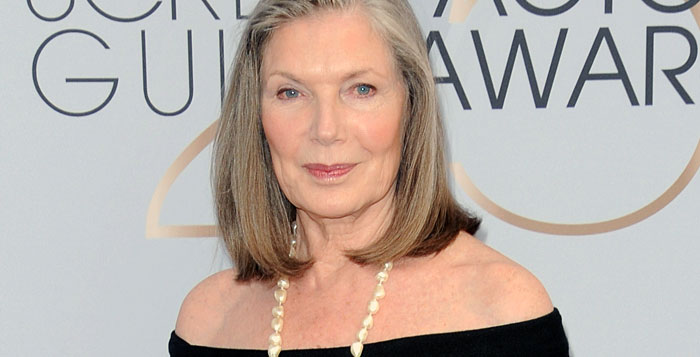 Susan Michaela Sullivan was a New York City native, born on 18 November 1942. Susan was born under the Zodiac sign Scorpio. She is an American citizen and belongs to the White Caucasian ethnicity. She is a 78-year-old actress. She is most well-known for her roles as Maggie Gioberti Channing (1981-1989), Kitty Montgomery (1997-2002), and Martha Rodgers (192009-2016) in ABC’s crime-drama series, “Castle”.

She was raised there with her brother Brendan Sullivan and sister Brigid Sullivan by Brendan Sullivan, their father, an advertising executive, as well as their mother Helen Sullivan. Brigid is a producer. Susan attended Freeport High School for her education. After matriculation in 1960, she enrolled at Hofstra University and received a Bachelor’s degree in Drama in 1964.

Susan was cast as Lenore Curtin Delaney on the NBC soap opera “Another World” in the 1970s. It aired from 1971 through 1975. During the same time, she starred as Nancy in the comedy sci-fi movie “Between Time And Timbuktu”, which was made for TV in 1972.

She then appeared in guest roles such as Joanna Courtney (1975) in an episode of CBS’s medical drama series “Medical Center” and Sharon Andress (1976) in an ABC episode of “Bert D’Angelo/Superstar”, a police drama series (1976).

She was then cast as Cindy St. Claire in “Roger & Harry, The Mitera Target”, C.B. Macauley in “The Magnificent Magnetic Magnet Of Santa Mesa”, a sci-fi thriller film about Macauley, and Mrs. Linda Slaughter (a drama film about George Armstrong Custer), all made for TV in 1977.

Although Susan Sullivan was romantically involved in the 1960s with Hollywood star Cary Grant, little is known about their relationship. Connell Cowan, a noted psychologist, and author, was her next partner. They were married two years later. Connell and Susan have no children but they are still strong and split their time between their East and West coast homes.

Susan Sullivan has a net worth of over $5 million as of early 2021. This is largely due to her success in acting. She has earned 75 credits since her beginnings in the 1960s.