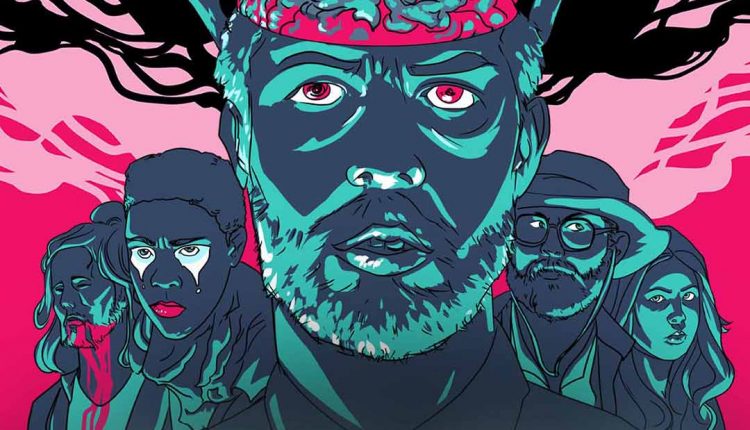 Justin Petty knew at the tender age of 15 years that he wanted to be a filmmaker. Darren Aronofsky’s Pi inspired him in 2000. His passion resulted in his first film titled Nothing really happens. It has been a huge success at the competitive festival. It won the best film award at the London film festival under the Sci-Fi category in 2018.

Petty was inclined towards this particular filmmaking style because he understood that films could become much more than mere entertainment. After completing his degree in the art of film making petty worked in various capacities in video production.

At one of these jobs in the early part of his career, he met his producing partner for the Nothing really happens, Joseph Graham. They both bonded over their shared love of sci-fi movies. And after winning the award, it is the most wonderful “in your face” ever.

The filmmakers are very proud of their work— which is clear from the ‘Special Thanks’ section, where they give thanks to “That greasy cokehead director guy at that one Texas film festival who told us we couldn’t make a movie in our spare time with no money.”

Petty’s debut Nothing Really Happens is a hard film to categorize. On the one side, there are themes of mind manipulation and distorted reality, which seem to be inspired by films like Inception. And on the other, there are comical takes on mundane daily life and our failure to communicate well.

It explores the crazy everyday existence of the lead character, played by Adam Edwards. Mattress store owner Dave Stimple toils through the wearisome, ordinary life. He wakes up, brushes his teeth, tries to make a loud noise to wake his wife, who is still sleeping, go to work, perform his duties and then come home, go to bed and repeat this all over again.

Through this repetition of everyday grind leaves him feeling disconnected from his friends and family. Then increasingly strange things start happening. And soon enough, Dave starts to doubt his sanity. It is a strange film with but within its cast; we find its grounding.

Adam Edwards strikes a sympathetic chord with the audience in the lead role of Dave Stimple, and Lindsay Gustin adds a gripping dynamic to Dave’s home life as Jess, his wife. Even the more outlandish characters of Randy, Carl are also a fantastic addition to the cast.

Director and writer Justin Petty has picked an ambitious path to follow in this two-part suburban sci-fi horror opus. But his production company, The Monster Closet, has brought otherworldly perspective to commercials and music videos within the Houston area. Petty has an eye for putting a spin on the ordinary and transforms it into the supernatural.

Therefore, Nothing Really Happens is Petty’s first film project. The challenge of making a series of stream-of-consciousness events into a specific-enough whole that carries its own dramatic and comedic weight is not for the faint of heart. It’s a noble effort that partly succeeds, but largely in the second half of the film.