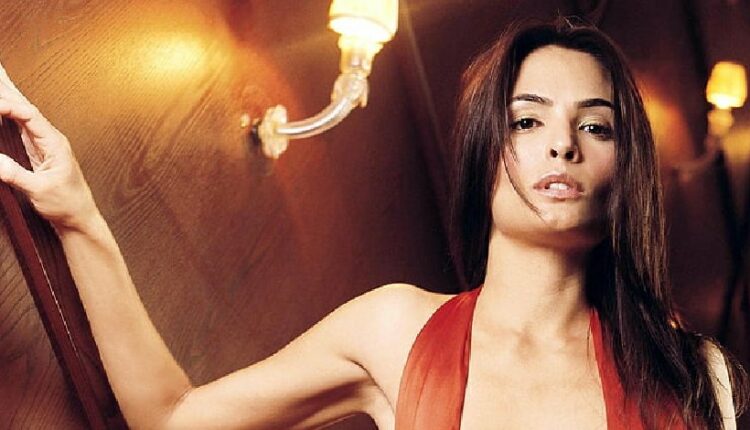 Talisa Soto, a former actress and Model, rose to prominence in 1989 as Bond girl Lupe Lemora. She won the hearts of fans by playing Kitana in “Mortal Kombat”, a fantasy action film (1995). This was just one of many roles she has landed in her acting career.

Miriam Talisa Soto was born in New York City on 27 March 1967 to Puerto Rican parents. As Talisa was only five years old, her family moved to Northampton, Massachusetts. She spent her childhood there with three of her older siblings.

She attended a local high school. It was there her beautiful looks were discovered and she began her modeling career.

Talisa signed her first professional contract at Click Model Management when she was just 15 years old. While still in high school, Talisa waited for summer breaks to start working on her career. She spent her summer vacation in Paris pursuing her modeling career. Talisa was photographed by Bruce Webber at Vogue in her first job.

After her initial stint, Talisa returned to school and continued her career until she graduated. Talisa worked extensively on her modeling career and was featured on covers of American and British Vogue, Mademoiselle and Elle magazines. She also worked with Calvin Klein, Clarins and Salvatore Ferragamo as well as Versace and Revlon.

Talisa’s acting career began in the late 1980s with the role of India in “Spike of Bensonhurst”, a comedy-drama film starring Sasha Mitchell and Anne De Salvo.

She played Lupe Lamora in “Licence To Kill” with Timothy Dalton as the lead. This was her first performance as a Bond girl and earned her the ShoWest award in the category Female Star of Tomorrow.

Talisa began the 1990s in a small role in “Silhouette”, a television action movie. Faye Dunaway was the main star. In 1992 Talisa played Maria Rivera in “The Mambo Kings”, an Academy Award-nominated drama film starring Armand Assante and Antonio Banderas. She starred alongside Sam Neill in “Hostage”, an action thriller film.

Next, she starred as Cassie in the TV western comedy “Hart of the West”, starring Beau Bridges. In 1994, she starred alongside Johnny Depp and Marlon Brando in the Oscar-nominated romantic comedy “Don Juan DeMarco”.

Talisa is a divorcee with a failed marriage. She was married to Costas Mandylor, an actor, from 1997 to 2000.

Talisa met Benjamin Bratt, an actor, while they were filming “Pinero”. Their romance began at the Montreal World Film Festival’s premiere of the film. They were married on 13 April 2002 and have had two children since, Sophia Rosalinda, born 6 December 2002, as well as Mateo, who was born 3 October 2005.

Talisa Soto’s net worth was estimated at $7.5 million as of mid-2021. This is largely due to her successful career as an actress and model. Her career included more than 20 TV and film appearances, which contributed to her wealth.