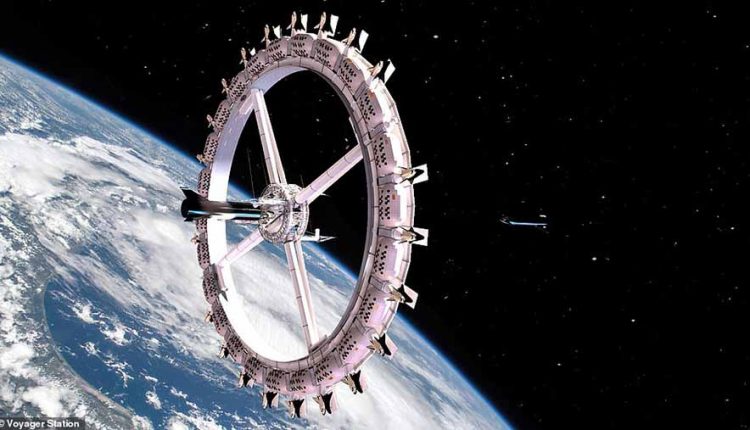 The American company Orbital Assembly Corporation (OAC) has announced the construction of a huge wheel-shaped space station in orbit around the earth, creating artificial gravity while rotating on its axis.

OAC recently revealed new details about its grand Voyager Station, which is established to be the first commercial space station functioning with artificial gravity. It should be noted that the idea based on giant wheels spread over miles in space has been presented in science fiction films for at least 70 years.

In 2012, John Blincow established The Gateway Foundation; its plan includes jumpstarting and maintaining a sturdy and thriving space construction manufacturing. First with the Voyager Station and The Gateway commercial space station — “important first steps to establishing space and other worlds,” the foundation”s website states.

Such imaginary space stations revolve around their axis, creating a centrifugal force on their outer edges that pushes everything on the station outwards. The Gateway Foundation team organized the OAC to help make that idea a reality.

OAC, a manufacturing company centered on establishing space Voyager Station discussed during a video press junket last month. The space construction company unveiled its schedule for the next chapter of human space exploration during the hour_long Jan. 29 “First Assembly” streamed live on the company’s YouTube channel.

The virtual event was hosted by OAC medical advisor Shawna Pandya served as an update for interested investors, marketing associates, and excited vacationers hoping to someday book a room on the rotating Voyager Station.

Thus, in the space stations of science fiction movies, inside the outer edges of giant tubes, artificial gravity is created where thousands of human settlements are shown to be inhabited. 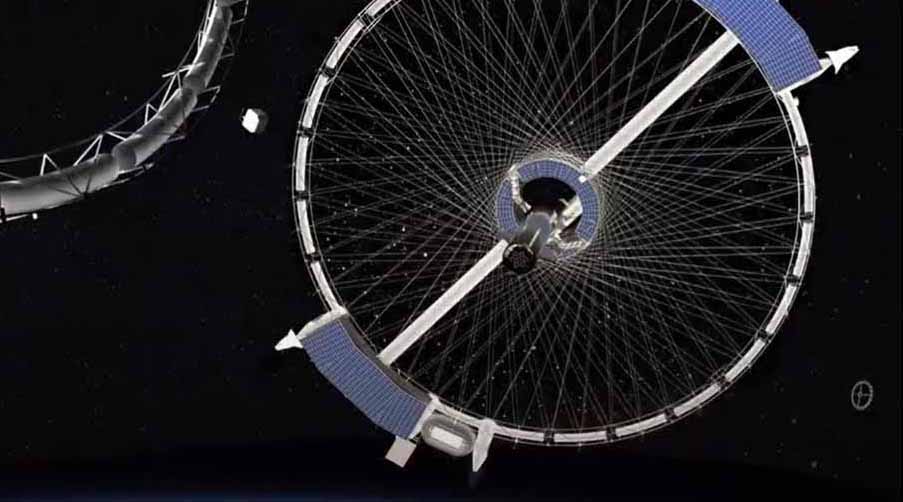 According to the details, the proposed space station has been named “Voyager Class Space Station,” the creation will start gradually from 2025 and is likely to be completed in almost ten to fifteen years.

“Low-cost space flights” will be used to transport the station’s construction equipment into space, while the entire work of building the space station by assembling the equipment into pieces will be carried out by special automated robots called “Star.” (STAR).

The wheel of the Voyager Class Space Station’s first prototype will be “only” 200 feet wide, which will determine how big an artificial gravity space station should be.

According to its builders, Voyager Station will be able to accommodate 400 guests. So, the OAC plans to build a space station with a capacity of 400 people and a place to stay, sports, and other recreational facilities.

Estimates of its cost and possible completion date have only been made, but the agency has already raised ten million for the initial funding.